Jörg Westphal, chairman of the board of management 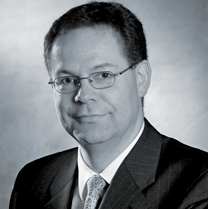 Jörg Westphal (b. 1961) started out by training in banking before studying commerce in Berlin and Kiel.

He received his degree in 1986. His career began in 1988 in the audit department of KPMG in Hamburg.

In 1997 he passed examinations as a certified tax consultant and certified public accountant (“Wirtschaftsprüfer”).

From 1997 he was an authorised officer at the KPMG audit department, where he was responsible for managing the audit of direct insurers and reinsurers.

Karen Bartel, member of the board of management

This part is being revised.

Dr. Thomas Neugebauer, member of the board of management

This part ist being revised.

Protektor is the Guarantee Scheme of German life insurers

Cookies are used on this website to help Protektor Lebensversicherungs-AG achieve an optimum design of the website and to provide better service. By using this site, you agree to their use. Read more.